Home Page » CBRC In Memory of……
In Memory of our friends in God’s hand! 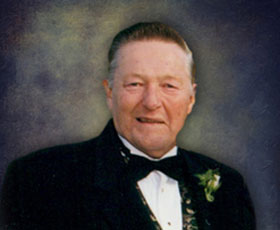 Ken
was born in Brooklyn, New York on October 30, 1931. His parents had each emigrated from Sweden when they were teenagers, but did not meet and marry until many years later. He was raised in Brooklyn, and later in Long Island, NY, where he graduated from high school. When he was young, he and his parents, George and Edith Gustavson, lived in Sweden for a year. His dog Taffy waited for them at Ken’s uncle’s house in upstate New York.   After high school, Ken enlisted in the U.S. Navy and served in the Korean War on the U.S.S. Turner from 1950-1954. He was a Machinist Mate 2nd Class, and worked in the engine room.  Ken met his wife Marion through a Navy friend Kenneth whose girlfriend was Marion’s friend Carol. They were pen pals, and then met for the first time in May, 1954. He always said that he fell in love with her when he saw her walking down the stairs at her house when he came to pick her up for their first date. They married on August 14, 1955 and were married for 57 years when he died.  Ken has five children: Linda, Kenny, Eric, Paul and Karen. His five grandchildren, ranging from the ages of 29 to 8 years old are Kenny III, Christopher, Caitlin, Vincent and Jillian. He built beautiful dollhouses for his granddaughters Caitlin and Jillian.   Ken worked for Otis Elevator Company as an Elevator Adjustor for many years while living in New York and raising his five children with Marion there. In 1980, he accepted a position with the U.S. Veterans Administration as an Elevator Inspector, and moved his family to Bowie, Maryland. After two years with the government, he re-joined Otis Elevator and worked there until he retired at the age of 62.   Ken was a proud member of the Elevator’s Constructor Union. In New York, he was a member of Local #1 for many years until his move to Maryland. After he left the VA, he joined Local #10 while he worked in D.C. He later transferred to Baltimore and was a member of Local #7 until he retired in 1993.  One of Ken’s hobbies, which he did for many years in New York and Maryland, was building and flying radio control model airplanes. One of his largest planes had a six foot wing span! He built workshops in both of the family homes in New York and Maryland. His daughter Karen cannot recall a time that he wasn’t in the middle of building one while she was growing up. He shared his enthusiasm with his son Paul, and they both were members of a club in Maryland for many years. He and other members of his club sponsored a workshop at a local elementary school to teach students after school how to build and fly them.  Ken and Marion enjoyed taking road trips throughout their marriage. Some of the most memorable are the ones to Osh Kosh that they took together. Their kids remember taking lots of road trips, including going to Bear Mountain, Rhinebeck, Cooperstown, and Washington, D.C. while they were growing up.  In later years, Ken and Marion loved vacationing in the Caribbean and taking cruises. They took numerous trips to Bermuda, including one with their son Eric. They also really enjoyed their trips to St. Maarten with their son Paul and his wife Stephanie. Ken realized his dream to go to Hawaii and visit the Pearl Harbor Memorial and the U.S.S. Arizona on a cruise with his daughter Karen and her husband Billy in 2002. For Ken and Marion’s 50th wedding anniversary, their children gave them a cruise to Panama Canal.  Ken enjoyed watching TV, and he didn’t want anyone to call the house during his favorite shows . On Sundays,you knew what mood he was in based on how the Redskins were doing that day.  Some of his favorite shows through the years were Star Trek, Little House on the Prairie, Stargate SG-1, JAG, Murder She Wrote, Matlock, NCIS, and Bones. He also enjoyed old movies, with his most favorite being “Tora, Tora, Tora.” He must have watched that movie a hundred times!  More Information here!